What to Expect in Your First Ayahuasca Ceremony

You have decided to experience Ayahuasca. I’m sure you have a lot of questions.

Some will not be answered until you are working with the medicine.

However, some of them may be about what the actual ceremony will look like.

Where will you sit?

How do you drink the brew?

What items do you need to take with you?

How long will it last?

What if you panic?

The ceremonies are normally held in a sacred circular hut or Maloka. Since it was a sacred area we were asked to leave our shoes outside.

Everyone gathers in the Maloka and has a mat, which is like a 3 inch thick yoga mat. We were given blankets to sit on and a pillow as well.

We all sat on our mats in a circle along the wall facing toward the center of the room which is often where the Shaman will sit to open the ceremony.

Then, they sometimes will move to their places to one of the mats along the wall.

It is nice to have a blanket because body temperature can change drastically during the ceremony.

I was hot one minute then cold the next. As the body purges, it will go through many changes.

At times, I felt like sitting up and I used my pillow in my lap or under my head when I would lay down.

It was comforting for me to have a blanket as well.

In addition, I had a few items with me in every ceremony.

I had a bucket, toilet paper, a lighter, a flashlight,malas, a bottle of water, mapacho tobacco (in a pipe), palo santos bark, sage, cinnamon tea tree oil toothpicks and a crystal.

Buckets and toilet paper are usually provided for purging through vomit, tears, and anything else that happens.

I’ve heard of people having discharge come out of their ears. I used a ton of toilet paper from crying. You will be glad you have it.

The lighter is for making your way to the bathroom or signaling someone if you need assistance.

It is recommended to have a red bulb so it is less distracting for others.

The lighter is to light the mapacho tobacco, sage, or palo santos.

All of these are used to disperse any negative energy. I would burn sage or

I would burn sage or palo santos before the ceremony.

I would have the mapacho to smoke during the ceremony if needed.

If the energy in the room felt heavy, I would smoke the pipe or light palo santos.

The malas are optional but I used them for my mantra meditation.

If you are accustomed to using malas during meditation you may find them helpful.

The bottle of water is useful to rinse your mouth but it is not recommended to drink a lot of water while you are in the ceremony.

I was told it can increase the nausea but I know several people that drank the entire time with no problems.

I chose not to drink water during the ceremony but I definitely used it to rinse my mouth.

One of the other participants handed out tea tree oil toothpicks at the beginning of the 3rd ceremony.

At the time, I thought it was sweet.

By the end of my 5th ceremony, I was ready to kiss her feet for bringing them since I could barely hold down the vile tasting brew any longer.

It took a significant effort to talk myself into drinking it once again and holding it down was even harder.

These little toothpicks were like a piece of heaven.

They are strong and seem to cancel the taste of the brew within a second! It made it so much easier to keep the

Ayahuasca down so it could take effect.

I would highly recommend you getting some.

There was another guy that brought his crystals from home and loaned them out for others to use.

He had a beautiful rose quartz crystal that he let me hold during one ceremony and I could feel it vibrating with positive energy during the ceremony.

If you have crystals that you have worked with, I would recommend bringing them. Next time, I will take my amber and black tourmaline for protection.

To open the ceremony the Shamans will often go around the room whistling, blowing sacred tobacco (Mapacho) and flower water (Agua de Florida)  into the air for clearing.

They put it in their mouths and produce a fine mist in the room or over the participants heads. It is an awesome experience.

All of the lights are out with the exception of one or two candles for the facilitators to pour the cups of Ayahuasca.

It is quite beautiful to hear and the aroma is comforting. When they are done, they will take their seat with the facilitators.

Then, they usually bless the Ayahuasca and invite each participant one at a time to come up for their brew.

They will let the first person know to come up. Each person will go sit in front of the Shaman of facilitator to get their cup.

The Facilitator will usually ask how you are feeling and how much you would like. Sometimes, they will decide without asking you.

Then, you take your cup and set your intention ( silently) before you drink.

After you drink, you will go back to your mat and the person to your left will go up.

Our circle always moved in a clockwise direction until the last person had theirs.

It normally takes about 15 – 20 minutes, which gives you a sense of when it might start working.

After the last person receives their cup, the candles are blown out and everyone sits in silence for 15 – 20 minutes.

Although it is hard to tell how much time has gone by. Normally, this is when the Shamans start singing their healing songs (Icaros).

Then a wave of energy would normally start with the people that went first. They would start purging.
You could feel it in the room when it started happening.

There are always exceptions with Ayahuasca though. One night, I felt it hit me right when I sat down. It hit hard and fast.

I started traveling at warp speed through the Universe and had intense visuals and didn’t even realize that the Icaros hadn’t even started yet.

They would usually sing a few Icaros and then they would move around the room.

They would come and sit at the end of each person’s mat and sing an Icaro directly to them.

Afterward, they would blow the Icaro into the hands and sometimes the head of the individual, like they were blowing a fine smoke over you. It was very powerful.

I felt such deep gratitude each time they would come over. It is impossible to describe the power they hold during ceremony. Their healing is unbelievable.

They are able to see energy grids of each person and would often come when I felt like I was getting completely lost or in trouble.

They are normally aware of what is happening but if you get into a panic or feel like you need someone, you can always ask the facilitator. They are there to help.

There is usually a bathroom right outside the maloka and the facilitators can help you get there. They will wait for you if you need help getting back as well.

I would not linger outside the maloka too long if you can help it.

You will begin to notice the unified energy of the group and how the Shamans direct the healing energy. I was grateful to get back to the sacred space after venturing outside.

You will have your own individual experience and may feel differently once you are there. These are just suggestions that helped me.

The other thing that really helped me was deep breathing. When I would feel the medicine coming on or it got really intense, I would start doing slow breathing.

You keep your mouth closed and breath through your nose making the sound HA in the back of your throat.

If you do several rounds of this it will slow your breathing and calm the mind.

I found it helped calm the nausea as well.

The ceremony usually lasts around 5 hours but sometimes will go longer.

There were a few nights that I went back to my room and continued to feel the medicine until the sun came up in the morning. Other nights, I felt it for maybe an hour and it was over.

It doesn’t always depend on how much you take either.

A couple of nights I took less and felt more intensity until early morning. 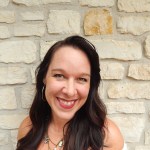